Some historical background is in order. For 71 years, Mexican politics and government were totally dominated by the paradoxically named Party of the Institutional Revolution (PRI), which held the presidency and virtually all governorships from 1929 to 2000.

Under the PRI system, presidents served one six-year term and in their last year — usually a time of catastrophes — chose their successors, who paraded around the country and were elected without difficulty.

Once in office, the new president blamed all his problems on his predecessor, who often left the country. This system suited the sensibility of a nation whose culture is still at least partly Aztec: It combined elements of calendrical regularity, elaborate ceremony and human sacrifice.

This system worked tolerably well for 30-some years. But as time went on, it produced widespread corruption, periodic currency devaluations and massive outmigration. Mexico seemed to be falling further behind the United States.

Read how things have changed here, and also at NRO (h/t Instapundit).

Fausta’s blog is one of the Fabulous Fifty – for Best Latin American Coverage! 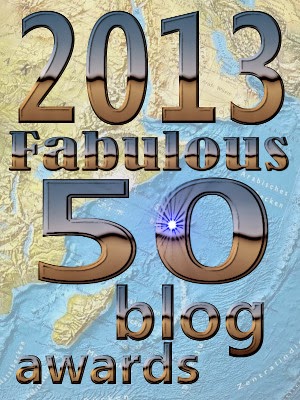 ARGENTINA
Nine-year-old US boy climbs Aconcagua peak in Argentina
A nine-year-old boy from the United States has become the youngest person to reach the summit of Aconcagua, the highest mountain in the Americas.

BRAZIL
Brazil jail fights kill 59 in 2013
At least 59 inmates have been killed in a single northern Brazilian prison this year; the town is Pedrinhas.

Brazil Boosts Levy On Overseas Transactions
Brazil is raising taxes on more transactions its residents make abroad, as the country tries to increase government revenue and reduce the outflow of dollars.

ICYMI, Smart Diplomacy: Brazilian President complains to Obama about “a grave violation of human rights” and “especially of disrespect to national sovereignty

CHILE
Statistics in Chile
No consensus

Man who shouted “Down with communism!” during pope’s visit to Cuba is now in Chattanooga
Andrés Carrión Says security agents threatened to kill him, fired his wife, forced them out of their home and sent two snitches to get close to him.

MEXICO
Observations and Questions as NAFTA Reaches 20 Years of Age

Mexico to Tax Luxury Item: Pet Food
Mexico’s pet owners are bracing for a new tax on pet food, which the government recently declared a “luxury item.
A 16% Sales Tax to Kick In as Government Scrounges for Revenue

A Civil Servant in Mexico Tests U.S. on Asylum

NICARAGUA
A must-read firsthand account from a former NGO worker: 32 years after the revolution Reagan is right

In fact, so much gold has been produced by the “informal” (or “illegal’) mining sector in Peru – involving some 40,000 miners who have tried to scrape whatever they can in abandoned mines around the country, from the jungle province of Puerto Maldonado to the deserted landscape of Ica – that gold has become more lucrative than cocaine trafficking (of which Peru is the largest exporter, having surpassed Colombia in 2012, according to the United Nations).

PUERTO RICO
PENSION WARS
Pension Update: Puerto Rico Up, San Jose Down
It’s been an up-and-down week for public pensions. In San Jose, a judge struck down a significant piece of the city’s pension reform plan, setting the stage for a big ballot fight next year. In Puerto Rico, on the other hand, the Senate finally passed a measure to put the Teachers Pesion Fund on solid footing.

With A Downgrade On Debt Imminent, Puerto Rico Needs A Visit From Santa Claus

The Most Underreported Foreign News Stories of 2013

The Most Underreported Domestic News Stories of 2013

VENEZUELA
Caracas Says It Received China Credits
Venezuelan President Nicolás Maduro said China has given his country $5 billion in credits under a deal reached in September.
Money Pledged in September to Be Used for Several Purposes

A decade or so ago Venezuelan crude was sold on longterm contracts at about $10 per barrel discount from the two widget fiction crudes, WTI & Brent. Looks like it is now $20 discount and crude production has declined quite a bit.

What Will Happen In Venezuela In 2014?

2013 in review: the year we realized that the Venezuelan electorate is wretched and vile

ICYMI, The Venezuelan State’s Occupy “Movement”: The Victory of Socialism!

Argentina: Rocket up, power out

Ecuador: Cléver Jiménez, accused of hacking, gets raided. Assange & Snowden could not be reached for comment. 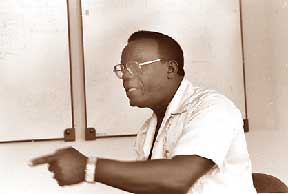 Mary O’Grady writes on a topic ignored by leftist bien-pensants: Institutionalized racism and how “the Cuban military dictatorship, run by a white junta, held and tortured the black political prisoner Eusebio Peñalver for 28 years”:
Mandela’s Message Didn’t Make It to Cuba
In Havana a small white clique rules a majority black nation.

As commenter Maria Werlau points out,

Most of the people jailed in Cuban prisons are Afro-Cubans and they are dying at an alarming rate. Prison conditions are horrifying; the Cuban government does not allow monitoring by the Red Cross and international human rights organizations. See a recent report on deaths and disappearances under Raul Castro’s rule at:
http://cubaarchive.org/home/index.php?option=com_content&task=blogcategory&id=21&Itemid=95

Eusebio Peñalver was locked up for 28 years, one more than Nelson Mandela.

Argentina’s having a heatwave, so a ‘state of emergency’ declared as power and water supplies fail; the water shortages are more acute for high-rise buildings where water has to be pumped up.

Argentina — which still hasn’t sorted out its $100 billion sovereign default with all its creditors dating back to 2001 — has absolutely no money to be shoveling out on space programs. It’s doing it anyway.

The rocket launch is part of a broader ramp-up of military spending, which goes to $6.1 billion in 2014.

“For peaceful purposes”? Not.