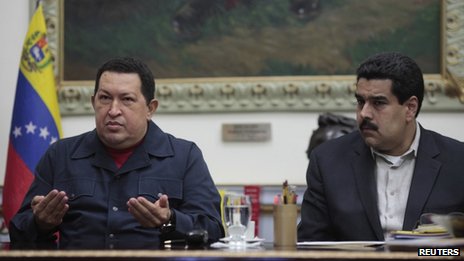 Andres Oppenheimer writes about the most corrupt countries in our hemisphere (emphasis added):

among the world’s 20 least corrupt countries in the world are Germany (13th), Barbados (15th), the United Kingdom (17th) and the United States (19th), followed by Chile and Uruguay (tied in the 20th place). Bahamas is tied with France in the 22nd place.

Conversely, two thirds of Latin American countries are ranked in the bottom half of the list. Venezuela and Haiti are the most corrupt countries in the Americas and among the most corrupt in the world, tied in the 165th place with Chad, Burundi, Equatorial Guinea and Zimbabwe, according to the ranking.

Why are Barbados, Chile and Uruguay less corrupt than other countries in the region, I asked Alejandro Salas, a Transparency International official in charge of Latin America.

Salas told me that it’s mainly because these democracies have powerful systems of checks and balances, with independent judiciaries, assertive legislative branches, and a free press.

“There’s no mysterious formula, other than allowing democracy to work,” Salas said. “That’s why there is such a stark contrast between these three countries and Venezuela, where the opposite is taking place.”

Frequent readers of this blog know that Hugo Chavez controls all the branches of government, and has persecuted journalists who oppose him.

But now that Chavez “delegated” power for health reasons, what’s to come next? Monica Showalter of IBD answers that question,
Venezuela Without Chavez: Chaos The Most Likely Successor

Every critical institution in the country — from the courts, the congress and the media to the central bank, the state oil company and the largest industries — has long been suborned to Chavez’s will. No longer do they function on their own merits.

Much like Iraq under Saddam Hussein and Egypt under Hosni Mubarak, Venezuela is a classic case of what Nikita Khrushchev called a “cult of personality.”
As a result, these institutions are in ruins. The electricity company no longer functions, the oil company is losing production, the currency is poised to crash, industry is on its last legs and some 60% of the country’s oil earnings go to buying imports.

In short, Venezuela is headed for a hard fall, and the current shift in leadership will be — as one local observer put it — like switching bus drivers on a bus hurtling downhill without breaks and a broken steering wheel. The problem’s not just the driver, it’s the entire bus too.

The BBC looks at the issue of succession vis-a-vis the upcoming governorship election, since right now it’s unclear if Chavez himself would even be sworn in on January 10.

Over in Bolivia, Sean Penn was at a prayer vigil for Hugo. Sean ought to be praying for Venezuela.