The letter says, “I write to you, sending you a Patriotic and Revolutionary message, following the instructions of our commander Hugo Rafael Chávez Frías, to advice you of the payment of a Year’s End Bonus to be delivered on Friday, October 5, 2012, for the amount of thirty percent (30%) of the annual basic salary.

“With this incentive, the government expresses its confidence that on October 7 our commander will be re-elected.”

Drudge sums it up best, 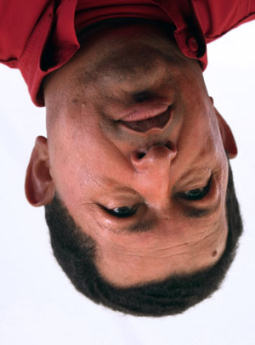 10:27PM EST
Adding to the circus, Fidel Castro’s nice said she had the results in advance,

Nothing says democratic legitimacy like Fidel Castro’s niece saying she has the results in advance.

10:22PM EST Noticias 24 reports that media and journalists have left the CNE and headed to the presidential palace, Palacio de Miraflores.

10:14PM EST CNN Español also livestreaming. All await the CNE members to make their announcement. The NYTimes has a twitter list,

9:40PM EST
Twitter is aflame with rumors.
The live feed announcer says the announcement of the official results should not take long, since all the officials and the international observers are already at the CNE (Consejo Nacional Electoral, the electoral board). You can watch the live newsfeed in Spanish at my prior post.

Charlie Martin‘s also blogging the results (h/t Instapundit – thanks for the link!)

(Note: Venezuelan election law prohibits any publication of results inside the country before an official announcement from the election board)

Henrique Capriles’s latest tweet is enticing: “Calm, sanity, patience! Today was an historic, grand day, a people who spoke! We know what happened and must wait. Viva Venezuela!”

Daniel Duquenal is live-blogging, and Miguel Octavio covered the polls. Both believe Capriles will win.

WE’LL SEE ABOUT THAT: The Varianzas polling agency says Hugo Chavez lost the election in Venezuela today. And Chavez says he’ll respect the result once the ballots are counted. But don’t pop any champagne corks just yet. The ballots haven’t been counted. We don’t know for sure if they’ll even be counted at all.

They’ll have to count something. I’ll keep blogging until the election board makes an official announcement.

Linked by Mcnorman. Thank you!