The U.S. manufacturer, whose elevators zip up and down structures as diverse as the Empire State Building and the Eiffel Tower, is moving production from its factory in Nogales, Mexico, to a new plant in South Carolina.

More startling: Otis says the move will save it money.
…
Among other things, the plant will be closer to many of the company’s customers, about 70% of whom are on the East Coast of the U.S.

The company figures that will lower its freight and logistics costs 17.3%.

Another 20% of savings, the company says, will come from “efficiencies” of having all its white-collar workers associated with elevator design and production located at the new factory.

The company, which is based in Farmington, Conn., had only final-assembly operations in Mexico, keeping design and engineering jobs in the U.S.

That meant toolmakers from Dallas and engineers and designers based in Indiana and Arizona had to travel across the border. 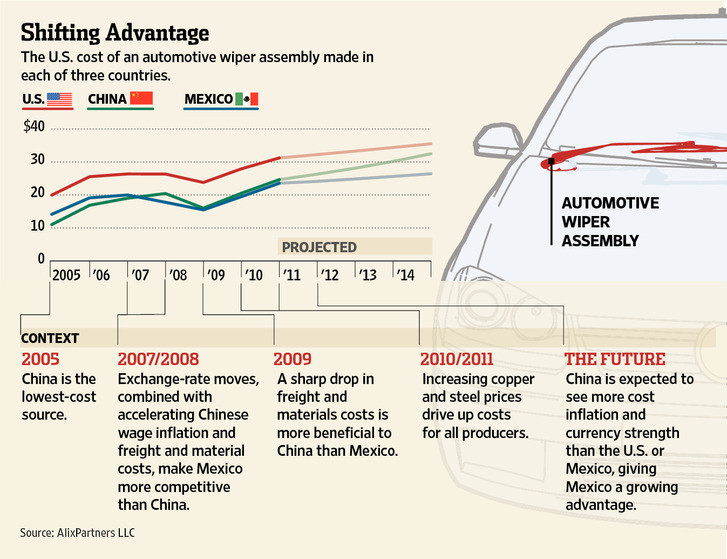 The larger point is, free trade is useful as long as it is economically advantageous to industry.