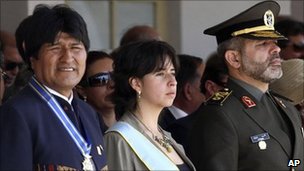 And then all heck broke loose.

It may or may not qualify as the Worst Press Conference EVAH, but it certainly comes close. Watch:

Look, when the CNN guy asks you directly, “Was it [the photo] from you, or not?”, and a simple “No” would have sufficed, it’s not a good idea at all to call the guy a jackass – particularly, as it turns out, the guy is CNN’s Congressional producer.

Another important point from this press conference is that Weiner himself is the one who said his Twitter/Facebook accounts had been hacked. That he’s changed to saying it’s a prank and a distraction does not alter the fact that hacking is a crime and should be investigated. He has not requested an investigation, as CNN’s Dana Bash points out.

In a lighter mode, Jon Stewart (via Instapundit) talks about his friend Anthony, the Distinguished Member of Congress,

Weiner is not doing himself any favors

dodging easily answerable questions is definitely not the way to make it all go away. For example, something like, “No, that was not my penis. I know this because I didn’t take a photo of my penis,” would have been a perfectly fine response. The mainstream press, at least, would be satisfied.

Evading questions, however, is a strategy most often utilized by people with something to hide, and will only further pique the media’s interest.

Since he’s a Democrat, I speculate that he’ll have a press conference with the bravely smiling Mrs. Weiner at his side.

UPDATE,
After reading Gerard’s post, I’m done with the subject.

UPDATE 2,
Not on the wiener, but on Weiner,

Weiner is not one to talk about conflict of interest. In the 2009 spending bill Congressman Weiner sponsored $18.3 million in earmarks for 22 groups and projects, over $500,000 of those earmarks went to campaign contributors.

Now, that is the real scandal.

UPDATE, June 5
Linked by The Other McCain – thanks, Stacy!