Monday morning Mr. Bingley and I were deploring that both the governor and the lieutenant governor were out of NJ at the same time.

Look, a governor should go on vacation. I have no problem with that.

Christie’s doing a good job otherwise. He can not control the weather, he does not man the plows, and he’s handled prior blizzards capably in the past, but, only but, he ought to consider that the person who’s supposed to be on watch while he’s away, should be here.

You can not have an environment hostile to businesses and expect anything other than this:
“California: the Venezuela of North America”

Thirty years on, Pinera’s plan, adapted from the ideas of Milton Friedman, is, along with free trade, one of the two pillars of Chile’s success story, surpassing all predictions.

Pinera’s proposal began with scrapping the payroll tax on the country’s social security system and inviting all workers to take the money they were contributing and move it into a private pension.

Workers would be free to choose the fund, how much to put in, and at what age they would retire, with a minimal safety net built into the design. Past contributions would be refunded to workers by government bond. And anyone who didn’t like the idea was free to remain with the system as it was. It was a huge success: 95% of Chile’s workers chose the private system.

Pinera told the public to expect a compounded 4% rate of return under the private plan. But as of 2010, the average annual rate of return was 9.23%, far higher than promised.

By contrast, the U.S. social security system, which today accounts for a quarter of the U.S. government budget, is slated to give retiring workers in the next decade a 1% to 2% rate of return. And those entering the system today will see a negative return.

Instead, the US government aims to follow the Argentinian model.

That, folks, is the real payoff; a government and a people able to weather economic storms that is sinking the rest of the world. Even when one takes out the dysfunctional Disability Insurance, the cost of providing the benefits of the Old-Age and Survivors Insurance (including a transfer of funds to cover railroad retirees) outstripped the taxes paid by $2.14 billion on $577 billion of benefit payouts, and $6.06 billion on $580 billion in total program cost, in FY2010. That’s $6.06 billion that, because of the nature of the “Trust Funds”, the Treasury had to borrow, which gives the lie to the accounting trick that counts “interest earned” by said “Trust Funds” as income into Social Security.

With the level of publicly-held debt rapidly approaching 100% of GDP, and current trends showing that increasing at an exponential rate, how long can it be before everybody stops buying US Treasuries? The first time that happens, the value of those “Trust Funds” will be $0.00, and we’ll be up a swollen Shit Creek without a paddle.

Just the facts, M’am,
A Cuban Fairy Tale From PBS
What public television didn’t tell you about health care in Castro’s socialist state. O’Grady’s article on line is by subscription only, but it’s also in today’s WSJ. In it, O’Grady explains that the NewsHour report by Ray Suarez, made with the Communist regime’s “cooperation”, comes across as party-line propaganda, but also makes revealing commentary, such as, when doctors make housecalls,

Back in 2007 I was posting about ¡Salud!, a propaganda film about Cuban healthcare that was featured at the Princeton Public Library. The film shows the medics going through a patient’s home, including rifling through furniture drawers, checking for liquor, drugs, and tobacco.

Pause for a moment and ponder whether Americans would be better off being forced to endure an investigation of their home, in exchange for a house call from a medic/doctor who’s getting paid $200 month by the government. Even then the truth evaded Suarez,

As to doctors checking on water quality and electricity outlets, the PBS reporter might be surprised to learn that most Cuban homes have no running water or power on a regular basis. This is true even in the capital. In 2006, Mr. Botín says, a government minister admitted that 75.5% of the water pipes in Havana were “unusable” and “recognized that 60% of pumped water was lost before it made it to consumers.” To “fix” the problem, the city began providing water in each neighborhood only on certain days. Havana water is also notoriously contaminated. Foreigners drink only the bottled stuff, which Cubans can’t afford. In the rest of the country the quality and quantity of the water supply is even less reliable.

Go read the rest of O’Grady’s article, and keep in mind that your taxpayer dollars pay for PBS.

Cross-posted at The Green Room.

Today at 8:30AM Eastern, Daniel of Venezuela News and Views talks about the new laws. You can listen to the podcast live, or to the archived podcast at your convenience, here.

The Carnival of Latin America and the Caribbean will be posted later today.

CUBA
Cuba puts ‘imperialist’ US Wikileaks online
Cuba says it will publish on the internet more than 2,000 US diplomatic cables released by the website Wikileaks.

A Look Back at the 111th Congress

DPS [Texas Department of Public Safety] cited several concerns, including drug-cartel-related violence along the northern Mexican border and in cities such as Monterrey and Acapulco.

Drug-related and other crimes have been documented in popular tourist spots such as Cancun and Mazatlan, officials said. Kidnappings of tourists, assaults along Mexican highways and rapes at resort areas have also been reported.

A must-read from Spiegel,The Mexican Drug War
A Nation Descends into Violence

To Root Out Dirty Police, Mexico Sends In a General

US: Chavez’s rejection of diplomat to have impact

Iran Just Shipped Missiles to Venezuela. Hello? Is This Thing On?
A massive security threat just blossomed, and you’d be hard-pressed to find an MSM or administration official who cares. 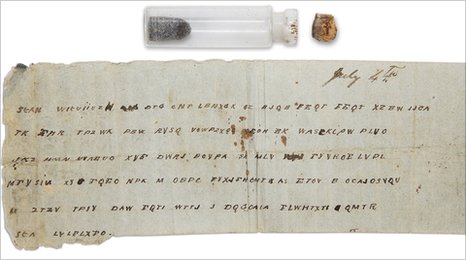 And what did it say?