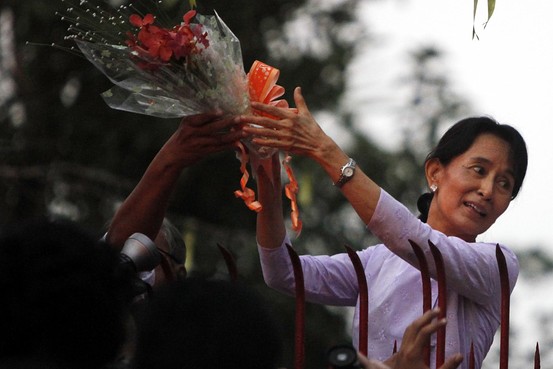 Myanmar’s government released pro-democracy icon Aung San Suu Kyi after more than seven years of house arrest, offering a glimmer of hope for opposition groups that have been trying to unseat the country’s harsh military regime for decades.
…
The Assistance Association for Political Prisoners noted that more than 2,200 political prisoners continue to be held in Myanmar and released a statement, “Unlike Nelson Mandela’s release from prison, the door to freedom will not be opened wide with Daw Aung San Suu Kyi’s release, indeed, it will not even be opened a crack.”

Suu Kyi is a hero. Her struggle continues.

UPDATE
Cubachi has the video,