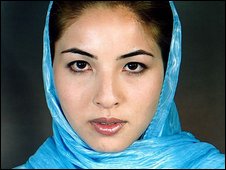 Michael Ledeen is convinced there was one on the Saberi release,

Why does the Mafia release hostages? Because they have collected the ransom. So to all those who are looking for subtle reasons for the Saberi release, take it from someone who has been there. Iran collected its ransom. The mullahs aren’t subtle, they’re mafiosi. We probably won’t know for a while what they got, who delivered it, and who worked the deal. But anyone familiar with the workings of the Islamic Republic has to assume that there was a payoff.

I don’t know of a single case in which the mullahs released a hostage for any other reason.

The question would remain, then, on what form of payoff was made.