According to a news release from the publisher, the memoir entitled 143 Days That Shaped a Nation: The Senate Career of Barack Obama, “is third in a series of bi-annual Obama memoirs and promises a behind-the-scenes look at the inner workings of the senate from an outsider’s perspective, along with personal anecdotes about senate colleagues whom Sen. Obama occasionally met, or heard about.”

It’s bailout time, and The Nose on Your Face is ready: TNOYF Solid Bet To Receive Bailout Cash

Looking for widgets? Doug has them widgets! 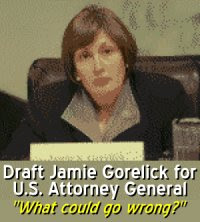