Welcome to the Carnival of Latin America and the Caribbean. If you would like your posts included in the Carnivals, please email me: faustaw2 “at” gmail “dot” com.

The article (in Spanish) states that the FARC, through its Coordinadora Continental Bolivariana (CCB) [Continental Bolivarian Coordination] network created in 2003, the FARC has developed a strategy that involves legal groups, clandestine cells and guerrilla training. These groups are closely associated with leftist organizations in seventeen countries, including Germany and Switzerland.

They opened four organizations in Mexico, managed by two cells that answer directly to the Secretariado, the FARC’s leadership.

In the Dominican Republic, Nicaragua, Ecuador, Bolivia and Venezuela the FARC sponsor guerrillas through so-called “Biodiversity Forums”, in addition to “official political-diplomatic relations” with Communist parties and the governments of Venezuela, Nicaragua and Ecuador.

The Revolutionary Armed Forces of Colombia has established undercover cells abroad in 17 countries, a Spanish newspaper says, quoting from documents found on the computer of Raul Reyes, a slain commander of the anti-government group.

All this information comes from the computers seized from Raul Reyes.

Both Interpol and US intelligence officials at the Office of the Director of National Intelligence have verified that the Reyes files are authentic.

Among the details in today’s article in addition to their narcotraffic involvement, the FARC is the world’s largest planter of land mines, their ties with internations criminal organizations, and their revenues from kidnappings, among them half a million dollars revenue from kidnapping two Swiss executives from pharmaceutical company Novartis.

You can read the articles at El Pais in Spanish. The above is my translation and summary. Please credit me if you use it. Thank you.

Venezuelan President Hugo Chavez on Sunday almost told German Chancellor Angela Merkel to go to hell, but stopped short of insulting the woman leader on Mother’s Day.
Instead he called her a political descendant of Adolf Hitler and German fascism.
“Ms. Chancellor, you can go to …,” he said, pausing for effect and eliciting giggles from the audience, a group of military officers, cabinet ministers and government officials. “Because she’s a woman I won’t say anything else.”

Being insulted by Chavez is indeed a mark of honor.

Open letter to my Santa Cruz friends in Bolivia 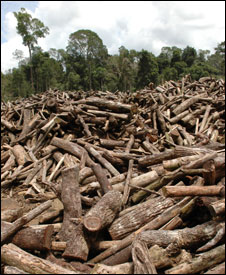 DOMINICAN REPUBLIC
Two Cheers for Fernandez: The president heads for a third term

PERU
Peru Takes The Other Path

Poverty amid progress: A revolution in South America’s fastest-growing economy is not reaching everyone

Obama Slaps the Puerto Ricans in the Face

VENEZUELA
A must-read: From FARC to Venezuela to…

Via Maggie and Instapundit, Morning Bell: Why Are Liberals Actively Helping Terrorists?

A simple cure for Venezuela’s inflation