Welcome to this week’s Carnival of Latin America and the Caribbean.

This week’s big stories: the governor of Puerto Rico claims that the massive Federal investigation on his wrongdoings is politically motivated, and Hugo gets farked by the FARC.

If you would like to have your posts included in the Carnival, please email me the link(s): faustaw “at” yahoo “dot” com.

ARGENTINA, VENEZUELA AND AMERICA
Slush and garbage
The imbroglio over a cash-stuffed suitcase

The Mothers of the Plaza de Mayo join the circus

BRAZIL
If redemption fails, you can still use the free bathroom
Edir Macedo and his Universal Church have prospered by offering a religion “of results” to the upwardly mobile

Colombians getting it done 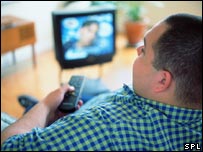 A museum dedicated to laziness has opened in Colombia’s capital, Bogota.
The event features sofas placed in front of televisions, hammocks and beds – anything associated with the avoidance of work.

Sounds a lot like the Princeton Public Library, if you ask me…

Don’t forget the axis of evil

A Tale of Two Cities: Ecuadorean Falls 47 Stories off Skyscraper and Lives; Alvaro Noboa Stumbles and is Abandoned

GUATEMALA
I Hate Monkeys And They Hate Me

NICARAGUA
Gearing up for the electoral season: Nica News for Jan 2

Cockfights canceled due to import ban

TRINIDAD and TOBAGO
Trinidad and Tobago says no to PetroCaribe deal

The Mighty And Their (Temporary) Fall

Chavez punk’d by the FARC: Clara Roja’s son was in Colombia all along
Chavez gest farked by the FARC once agan

No Honor Among Thieves

The first casualty of tyranny is intelligence

INFLATION CLOSES AT 22.5 PERCENT IN 2007, via Announcement: inflation, crime and a second break

Is it safer to walk around in Baghdad than it is in Caracas? Hugo Chávez’s socialist “sea of happiness” resembles a war zone.
Where War Deaths Are Worst

The curse of the Pharaoh