The Lost Archive
Missing for a half century, a cache of photos
spurs sensitive research on Islam’s holy text

This can have huge repercussions.

What if scholars can prove beyond reasonable doubt that the Koran was not dictated by the Archangel Gabriel to the Prophet Mohammad during the 7th century, but rather was redacted by later writers drawing on a variety of extant Christian and Jewish sources? That would be the precise equivalent of proving that the Jesus Christ of the Gospels really was a composite of several individuals, some of whom lived a century or two apart.

It has long been known that variant copies of the Koran exist, including some found in 1972 in a paper grave at Sa’na in Yemen, the subject of a cover story in the January 1999 Atlantic Monthly. Before the Yemeni authorities shut the door to Western scholars, two German academics, Gerhard R Puin and H C Graf von Bothmer, made 35,000 microfilm copies, which remain at the University of the Saarland. Many scholars believe that the German archive, which includes photocopies of manuscripts as old as 700 AD, will provide more evidence of variation in the Koran.

1.5 Million troops have cycled in and out of Afghanistan and Iraq since 2001. Crunching the numbers and controlling for the fact that over 90% of those deployed overseas are male. The average civilian population is 5 times more likely to commit a homicide than the veteran population, including those who have served in Iraq and Afghanistan. 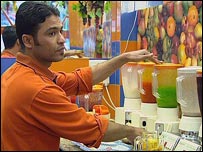 Most underreported big story of the week: Iraq alliance

Joint Statement by Ambassador Ryan C. Crocker and General David H. Petraeus on the Passage of the Accountability and Justice Legislation

“We offer our sincere congratulations to the members of the Iraqi Council of Representatives who worked extremely hard to reach a series of political compromises that resulted in passage on January 12 of the Accountability and Justice Law. Passage of this law represents a signal achievement in that Iraqi political leaders have collectively chosen to reform a de-Ba’athification process that many regarded as flawed, unfair, and a roadblock to reconciliation. This is an Iraqi law, formulated by Iraqi leaders, that addresses uniquely Iraqi issues. We look forward to the smooth enactment and implementation of the law in accordance with the principles laid out in the Leaders’ August 26 communique.

“Ultimately the impact of this important legislative step will depend as much on the spirit of implementation as on the form of the legislation. In that regard, the fact that the law passed with broad political support is encouraging. The law is a product of compromises and tradeoffs as one would expect from a representative government. But it is clear that the law passed on January 12 sends a message to the people of Iraq and throughout the region that Iraqi political leaders are working together to build a state that will be inclusive and tolerant and wants to look to the future rather than dwell on the past.

“We welcome this important step forward on the path and pledge to continue to work closely with the Government of Iraq and the elected representatives of the Iraqi people as they forge the way ahead for the young democracy in the Land of the Two Rivers.”