Doctors are calling for NHS treatment to be withheld from patients who are too old or who lead unhealthy lives.
…
Smokers, heavy drinkers, the obese and the elderly should be barred from receiving some operations, according to doctors, with most saying the health service cannot afford to provide free care to everyone.

Fertility treatment and “social” abortions are also on the list of procedures that many doctors say should not be funded by the state.

I wonder what the American abortion-on-demand crowd would say to that.

But don’t expect the British hospital doctors to want to look after you when you are old and ailing:

One in three said that elderly patients should not be given free treatment if it were unlikely to do them good for long. Half thought that smokers should be denied a heart bypass, while a quarter believed that the obese should be denied hip replacements.

Richard Fernandez posts about the survey and comments,

Those unwilling to trust that there is meaning to universe can still hope there will be beds available at the NHS or compassion in the heart of a bureaucrat.

Small wonder that 70,000 patients have had to go overseas for major surgery to avoid long waiting lists and the rising threat of superbugs.

The poor, and those who are too sick to travel, have no choice at all.

GM Roper had a few questions,

Do we tell the poor who tend to have more physical illnesses than more wealthy folk “Sorry, your poor choices of food, tobacco, alcohol, fill in the blank have made treatment for you impossible?”

Do we tell the elderly that “Sorry, your age makes you a poor candidate for open heart surgery?”

Do we empty the nursing homes because some of those patients won’t ever get better?

Do we pull a Terri Schiavo on our handicapped because afterall, most handicapps are life long?

The fact of the matter is, that eventually choices must be made because as one commenter at Tom Smith’s article noted it is either on the front end with insurance or on the back end with national health care. And, despite the Democrat pie in the sky dreaming, we cannot possibly provide all health care to all people in the country at any reasonable cost.

Cuban health care is an apartheid system where even Castro had to get a foreign specialist for his surgery. Even the Washington Post is documenting the failure of the Cuban health care system.

Another thing that those who praise the “free Cuban health care system” don’t want you to know is that the medics regularly have to come to your house and go through your personal effects searching for evidence of your personal habits, such as the drugs you take, whether you smoke, and what you drink. How many Americans would be willing to even contemplate the thought of having a government employee violate their privacy for the sake of “free” health care?

But what about France, you ask? On March 18, 2006 I posted a list of links from the BBC on how the French health care system fails its patients. (you might have to go to the March 2006 archive and scroll down).

Health care is not free: as The Anchoress said,

There is no such thing as “free” healthcare. You pay for it, yes, with taxes, but also with incremental decreases in personal liberty.

Who is responsible for triage?

This week’s WSJ’s Five Best books, on the challenges of living with illnesses, selected by Laura Landro: 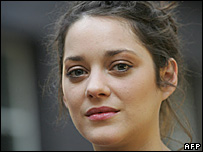 The film about the very ill Edith Piaf has received 11 nominations at France’s Cesar film awards.

I hope the beautiful Marion Cotillard wins the Best Actress award at the Oscars, the Cesars, and the Baftas. She was sensational.

I reviewed the movie last July. Here’s the trailer

Instead of one hot, recognizable style, retailers this spring will be pushing a variety of styles and brands, many of them lesser-known. Intermix, a high-end New York-based retail chain, is making a big push for handbags from labels such as Zagliani and Lanvin. Scoop is stressing Jamin Puech, Whiting & Davis and other relatively unknown, expensive brands. For spring, Henri Bendel is picking up LVMH Moët Hennessy Louis Vuitton’s brand Loewe, which is popular in Asia but hasn’t been widely sold in the U.S.

I own Coach stock, so here is a suggestion,