Two stories not totally unrelated:
New Clinton campaign out to show her likability 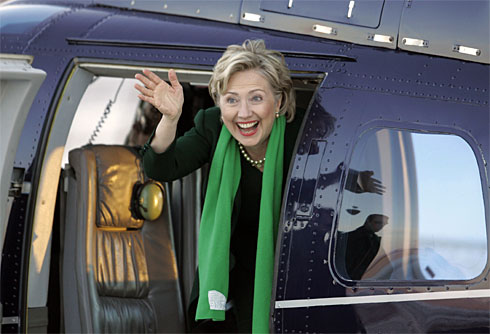 The woman’s been in the national public eye for twelve years and none of us have noticed how likeable she is, so now we need to be told.

Where is Winston Churchill when we need him?

British Prime Minister Winston Churchill is said to have been drinking at a party when he bumped into Bessie Braddock, a prudish political opponent. “Mr. Churchill, you are drunk,” Braddock said.

“And Bessie, you are ugly,” Churchill said. And then, after a pause, he added: “I’ll be sober in the morning.”

Update
Why is Hillary Clinton so exempt from media scrutiny?