It doesn’t take much digging to find example after example of the BBC bias:
From just the last 24 hours:

Then there was the story they made up out of whole cloth about the Queen throwing a snit last week. 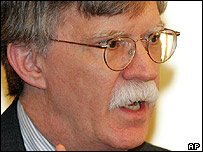 And the time the BBC Radio 4 Today program host got his comeuppance, when trying to patronize John Bolton, who the Beeb characterizes as a “strident character”.

In other, habitual, ways the Beeb’s impartiality is nonexistent, for instance:

All the while, the Beeb is playing with a huge budget of close to $7billion (£3.2bn) which from the most part comes from British taxpayers, who are supposed to take it all in, passively and receptively.

So it is with amusement that I read this article by Simon Jenkins, who believes that

Of course, having the tip of the iceberg finally surface does get people upset and asking them for zero tolerance, doesn’t it?

Update
As I was saying…