Against these benchmarks, it is not surprising that New Jersey, an indisputably high tax state, did poorly, and raising the sales tax a full percentage point can’t help our state’s case. However, the greater problem is that the governor’s commissions, established after he took office, have poised our state for an even worse business tax climate.

Consider the report of the Governor’s Economic Growth Transition Policy Group. Although lower and flatter taxes would help the state economy, there is not a single recommendation by this commission that would improve the tax structure in New Jersey. Instead, the commission makes opposite recommendations that would result in our state faring even worse.

For one, the commission recommends consolidating a host of development funding programs, such as the Urban Enterprise Zone and New Jersey Redevelopment authorities. These programs hurt our business climate and should be eliminated, not consolidated.

The Tax Foundation points out that development programs like these are designed to deflect attention from a state’s already poor business climate. Smart entrepreneurs understand this and know to stay away. These programs punish businesses that are not awarded development subsidies by making it harder to compete with the subsidized companies. New Jersey needs to make it easier, not harder, for business to compete in our state.

The commission also suggested adding a $300 million Edison Innovation Alliance to promote technology and innovation. This fund would subsidize technology research, infrastructure and commercialization. Put another way, it would make New Jersey’s business climate worse for every company except the privileged few, taxpayer-funded technology businesses.

Imagine Thomas Edison having to appear before this politically appointed board to beg for subsidies for his electric light and the reaction from the representatives of the gas light workers’ union and lobbyists for gas lamp manufacturers, not to forget the powerful gas suppliers. We would still be lighting our homes with gas lamps today.

The Governor’s Public Education Transition Policy group will also take a hammer to the business tax climate if its recommendations are adopted. This committee suggested that taxpayer-funded early education programs be expanded. The commission lauded the governor’s plan to double funding for after-school programs to $15 million. It wants to raise local spending caps so every school district can expand into 3- and 4-year-old pre-K programs. Funding for these programs will have to come from somewhere — namely, taxpayers.

Implementing these recommendations will continue to impose a huge increase in the cost of doing business in New Jersey and greatly deter new businesses from locating in our state. And at what price? New Jersey already has one of the highest per-capita debt burdens and highest property tax rates in the country. Our taxpayers have suffered from the fastest-growing tax burden in the country for the last five years.

Joseph Farah says Thank you,John Kerry When I first heard Kerry’s Freudian slip, my thought was “somewhere, Karl Rove is saying ‘there IS a God!'”.

Dems’ disdain for the military 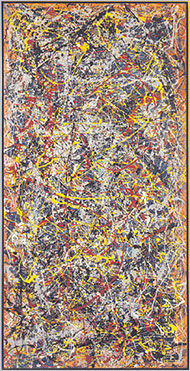 A Pollock Is Sold, Possibly for a Record Price. I would hang it horizontally, but what do I know.

At the blogs
With pen in hand…

Hillary calls for “internationalism” at CFR