Rove will not be charged in CIA leak inquiry

Claudia Rosett has an article on The Unreality of U.N. Reform

Bill Clinton says “while Al Gore and I were ridiculed, we were right about global warming. It’s a serious problem. It’s going to lead to more hurricanes.” As if on cue, Hurricane warning canceled.
Meanwhile, Scientists who work in the fields liberal arts graduate Al Gore wanders through contradict his theories about man-induced climate change (via The Anchoress) 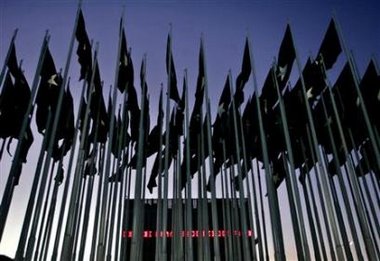 Fidel couldn’t stand the sign, so he cut off the electricity.
Update, June 14 Cuba restores electricity to U.S Interests Section. Just another day in the workers’ paradise, folks.

Coffee may help to protect liver.

Eating pizza ‘cuts cancer risk’. The gloss on the Beeb article reads “pizza can be high in saturated fat, salt and calories”, as if!

Hawking’s new book to explain physics theory to eight-year-olds. Maybe I’ll be able to understand that one. I sure didn’t understand the other one.

In all, a great blogging day!

Update:
The good news keep on coming,
More from Larry.

1 MILLION IN MADRID TO SAY NO TO APPEASEMENT