The vast right wing conspiracy at work?
Not one, not two, but three favorable items in the news today: two at the BBCA newscast, and one in the NYT.
After showing video of Hugo’s thugs pelting the American ambassador’s car, the newscast showed why he was attacked: The Beeb showed US Ambassador William Brownfield handing out baseball equipment to some kids in a poor neighborhood and being confronted by a man who told him all Americans should leave Venezuela. Ambassador Brownfield took the opportunity to declare to the media in perfect Spanish,

Brownfield stated that he “accepts the right to protest and to assemble, and to demonstrate, and of freedom of expression” while rejecting violence.

“I reject the right of a group telling me with whom to get together to converse”, explained, and added that his job is “to try to project a positive image of the country and people I represent”

Unfortunately the Beeb’s internet article missed that, but hey, they carried it on TV.

This morning the Beeb also reported on another good American (unfortunately they don’t have either video or written article on him and I didn’t get his name), who has been in one of the remotest areas in Pakistan for six months, since the earthquake, helping the locals get supplies. The gentleman in question was showing the reporter the newly-completed helicopter pad he designed and built with the locals (they physically had to carve the landing from the mountain itself), which took months. The only other way for relief supplies to reach the area is by foot, horse and donkey, but the problem is that after the earthquake all the ground is loose, making the journey incredibly dangerous (never mind this other problem).
Another American hero for you.

Nowhere near as heroic, but still favorable, a big article titled And on the Piano, Madame Secretary in the NYT Sunday Arts (not on line yet) about Condoleezza Rice’s chamber music group, with full color pictures and statements such as

It was wonderful to hear chamber music as it was meant to be: Played by friends for their own enjoyment, in the confines of a living room, which makes the sound seem enveloping.

And yesterday, the Beeb had a guy from the Brookings Institute explain clearly and firmly that, on the leak row (as the Beeb calls it), the President has final say on what can be declassified, it doesn’t constitute a crime, and the President has not broken any laws. Much to the anchorwoman’s dismay, the Brookings man explained that this was a completely legal political maneuver. This was their opening lead story for the broadcast. Too bad they didn’t quote him on the internet article. Am I seeing a disconnect between BBCA News and the online writers here?
(More at All Things Beautiful)

France’s ruling party wrapped up three days of talks with unions over a divisive youth jobs reform, as business leaders called for a rapid end to the crisis to avoid harming the economy.

Unions and student groups — in a position of strength after two months of demonstrations that have drawn millions on to the streets — have threatened more mass protests unless the measure is abrogated by the end of next week.

DHS Child Sex Sting Official Is A Democrat Kevin has the details.

Mexico’s the kidnapping capital of the world, and now U.S. exec abducted in Tijuana

President Vladimir Putin said in 2001 he opposed the removal of Lenin’s body because it might disturb civil peace.

Like that surprise hidden on page 302 – which would replace the country’s entire bench of experienced immigration judges with pro-immigration advocates.
. . .
The DREAM Act is a nightmare. It repeals a 1996 law that prohibits state universities from offering in-state tuition rates to illegal aliens. The principle, of course, is that no illegal alien should be entitled to receive a taxpayer-subsidized benefit that out-of-state U.S. citizens can’t get. But the committee’s bill allows illegals to be treated better than those U.S. citizens on tuition.

Ponder that for a moment: your children are subject to higher tuition if they come from another state, but would have the lower in-state taxpayer subsidized tuition rates if they were here illegally.

I think Joe Wilson does need discrediting, and I would support the government, actually…I would hope they were together enough to realize that what he was doing was he spreading disinformation, not only about general issues, but specifically about what people told him when he went on his ridiculous mission to Niger to find out whether Saddam Hussein had been trying to get yellowcake from Niger. The administration does need to discredit him, because he’s a discreditable man who was very dishonest about what he found there. That’s the story, and whether this ridiculous business about leaking this woman…she was practically driving around with a bumper sticker saying she worked for the CIA. This is a ridiculous…he’s now on about the 12th version of his 15 minutes of fame, and there’s no end in sight.

I still want to know, how undercover can a CIA agent who drives her convertible with the top down into the CIA building every morning to work there and poses for Vanity Fair Magazine possibly be?

Hitchens lets it rip. But then, when doesn’t he?

In a lighter vein,
Wish I’d been there: 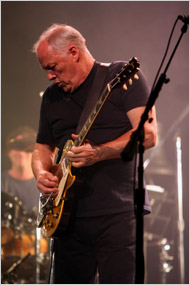