I’ll be in and out today and will be posting more later, but kindly remember to participate in Monday’s blogburst in support of Guillermo Fariñas, and in support of internet freedom. I’d be very grateful if you send your posts today, but late entries can be accomodated. Email me at faustaw-at-yahoo-dot-com. 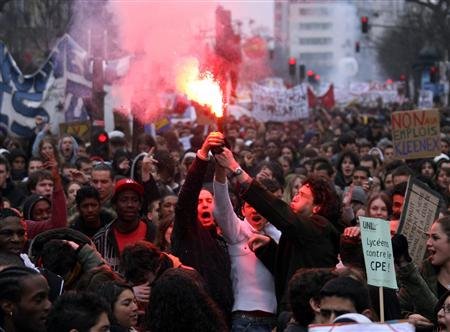 France remains at the beck and call of the mob: Paris job law rally turns violent. The rioting took place at the Place des Invalides, in the center of Paris.

The Clintonian Bush? Pour It On

Here’s a gif from Val

urge each and every one of you, blogger and non-blogger alike, to spread the word and join us, either via your blog, webpage or email campaign.
. . .
The more people out there exposing the truth, the less places lies have to hide.

You can email me at faustaw-at-yahoo-dot-com or val-at-babalublog-dot-com with your post, if you blog, or, if you don’t blog but want to express solidarity I’ll be happy to post your email (Please make sure you enter “Guillermo Fariñas” on the subject line).

The Watcher of Weasels Council has a vacancy since New Sisyphus is retiring from blogging. Read up on the rules and apply for the position if you can.

Michelle Malkin’s readers note that the CPT statement refers to the hostages’ “release” instead of their rescue. Lets make it clear for these folks: your activists were not “released” by some kind hearted effort of the terrorists. You were rescued by a military coalition. How ironic it is that you were saved by an organization you protest. If you have the faith to love your enemies, the least you can do is show some freakin gratitude towards the brave people that rescued you from death.

Venezuelan police helped the U.S. ambassador leave a Caracas building after a group of President Hugo Chavez’s supporters blockaded him inside, U.S. officials said on Wednesday.

Let’s hope Hugo hasn’t been getting ideas from his Iranian friends.

In Dubai, Work on world’s tallest building halted by riot over low wages and poor conditions:

The protesting workers are among nearly a million migrants from India, Pakistan, Bangladesh, China and elsewhere who have poured into Dubai to provide the low-wage muscle behind one of the world’s great building booms

The President Versus The Mob

Ottawa to buy Russian natural gas, sell it to U.S.

Canada is planning to capitalize on shortages of natural gas, exacerbated by last year’s hurricanes, by importing vast quantities of liquefied natural gas (LNG) from Russia to be exported to the United States.

Chinese given food for thought as disposable chopsticks are taxed

Who will save Abdul Rahman?

John Stossel on government schools: Only the desperate fight facts with myths (emphasis mine)

Perhaps the most fundamentally flawed idea is this all-too-common one: “Public schools were created to provide a ‘public good’: education for all, regardless of a family’s ability to pay … By contrast, under a voucher system that gives public dollars to completely unmonitored private schools, there is no such right to expect or demand accountability for student performance or how tax dollars are spent.” They don’t get it. Competition brings accountability. Private schools may be “unmonitored” by bureaucrats, but they face the most demanding kind of supervision our society provides: a market full of freely choosing individuals. Parents’ desire for a good education for their children is a much more powerful check on schools than any politician’s law or union rule. The people who want to control every young American’s education like to talk about accountability, but what they want is to make schools accountable to anointed bureaucrats who think they know what’s best for all of us. They evade real accountability — the kind of accountability where if a student or parent realizes a school isn’t doing its job, he can find another one.

Mark Steyn: For Japan and the West, it’s breed or die

Babalu has been posting on Cuban dissident Guillermo Fariñas. Fariñas has been on hunger strike to protest Cuba’s cutting off his e-mail access since Jan. 31. He desisted briefly and has now resumed the hunger strike a week ago, according to according to Reporters Without Borders.

Fariñas illustrates that there’s a hunger for freedom of expression.

In short, this from the ground up approach manifest in blogging can ultimately help to bring about any form of social change a democratic society thinks worthwhile. All that is required is an individual with a good idea, or different perspective, with the determination to put their thoughts out there on the Internet consistently over a period of time long enough to allow the concept to germinate and hopefully one day resonate through a significant portion of the potential audience. And as the Caucasus project shows, the potential audience today for bloggers is the whole wide world.

I propose a blogburst/”carnival” in honor of Guillermo Fariñas on March 29 next Sunday March 26 MONDAY, MARCH 27.

Your posts can be on the subject of freedom of expression, freedom of information, on Mr. Fariñas, and/or how did you find out about him: in the newspaper, cable or network TV, or the internet? Of course, you don’t need to be Cuban (I’m not Cuban myself).

If you are interested in participating, please email me your post at faustaw-at-yahoo.com, and make sure to include “Guillermo Fariñas” in the subject line. The deadline for the entries is Monday March 27 this Friday, March 24.

Update 2 Watch the CNN video (via Cuba Liberal)
Update 3 My apologies for the date changes. The blogburst’s nexr Monday, March 27.

Via Maria, Juan Forero writes about Hugo’s popularity among the Sandalista elites. The Forero article doesn’t mention Chomsky, but you can be sure he’s proclaimed that Venezuelan political process as an example for Latin America and the rest of the world, but he’s not alone. Apparently there’s a tourism industry focusing on those believing the charismatic-leader-helping-the-poor-offering-free-health-care-education-adult-literacy-and-job-training-initiatives-that-help-millions-of-Venezuelans meme.

Let’s take a brief tour of what those tourists won’t see:
The legal but not legitimate election

The list of 54,900 dead people listed as eligible voters. 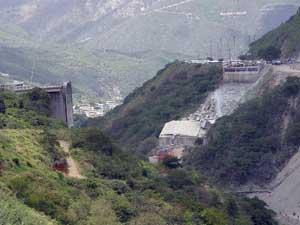 The fallen Caracas Viaduct, which they won’t see because they’ll be driven to and from the airport down the “scenic route”, which will take them past some rough neighborhoods, where the housing is deplorable.

However, if the sandalistas were to travel to Argentina, they’d have a chance to visit the house that belonged to dictator Perón, of which Hugo’s financing the restoration using Venezuelan public funds.

I hope their tour includes a t-shirt.

Chavez is not a leftist, he is not a rightist, nor is he truly a democrat. He is an authoritarian, the paradigm of the Latin American strong man. Chavez has one true love, and that is himself.

Democratic apostasy: The martyrdom of Abdul Rahman. Civil Commotion has more on the case.

Just give me some truth on immigration

Noam Chomsky goes for the maximum available return while he preaches against it. There’s a famous definition in the Gospels of the hypocrite, and the hypocrite is the person who refuses to apply to himself the standards he applies to others.

The Princess Diana water feature‘s not worth the money.

Since everything’s to be regulated, the EU’s now setting its sights on pipe organs. Is the botafumerio next? 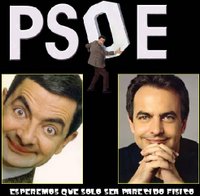 Minister Peijs sees the Islamic headscarf no longer as a sign of repression. The scarf “gives women freedom” says the minister in an interview with the Telegraaf

I find it ironic that the veiled woman can be a Minister for Transportation in her country but wouldn’t be allowed to leave the house unless chaperoned by a man if she lived under Sharia law, and would not be allowed to drive her own transportation.

The point is not whether Muslim women are free to cover themselves up. It’s whether they’re free not to; it’s what happens if they decide not to use a veil, what counts. And we know what happens: in most Islamic countries, and in Islamic areas in Western cities, at a bare minimum it means at least not being able to leave their homes.

Where’s the “liberation” in that?

Sadr’s idea was that, by wearing the headgear, Shiite women would be clearly marked out, and thus spared sexual harassment, and rape, by Yasser Arafat’s Palestinian gunmen who at the time controlled southern Lebanon.

In every culture where this [i.e., where women are completely covered up] is the norm, women are oppressed. 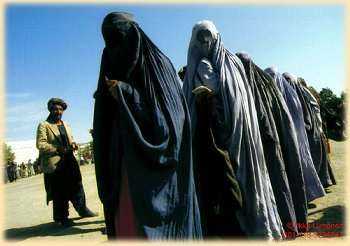 One final thought: why is it that thirtysome years ago we were supposed to think that burning a bra was liberating, and now it’s the veil that’s liberating. What is liberating is being able to decide by yourself how you’re going to live your life, and living in a society that allows you that freedom.