Olympic condoms
Via The Dumb Ox, Turin Games Kick Off With Surreal Ceremony 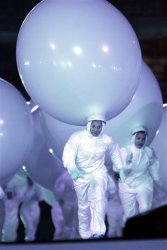 In what executive producer Marco Bacilli described as an “iconic moment,” silver-clad dancers appeared with big, white bubbles stuck to their heads. Bacilli, who has staged concert shows for U2 and the Rolling Stones, said the balls signified snow, of which there is none in Turin.

Any resemblance to the French movie The Closet 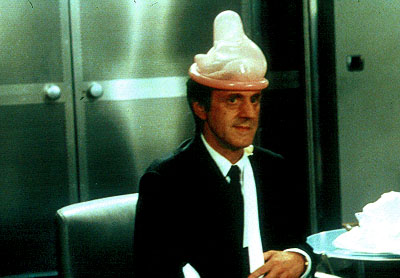