To abide by Javers’ strict code of ethics, conservative columnists must disclose all corporations that gave money to any organization with which they have been affiliated in the past and present. They must also not write about those corporations in a favorable way. If these are the established rules, then let’s play fair. If anyone has acted as a corporate shill, it’s Eamon Javers himself.
. . .
It’s a shame that Scripps Howard didn’t show the same support for Michael Fumento. More importantly, it’s outrageous that BusinessWeek doesn’t hold its writers to one-tenth of the “journalistic integrity” it demands of conservative writers whose names it drags through the mud. Javers’ charges against Fumento and other conservative writers are completely bogus whereas the connection between Javers and Patton Boggs is a hole-in-one

Prior posts on the subject: Fumento explains how he got flamed, and fired from his job, and items here and here.

Mr. Villaraigosa chose to emit his message specifically in Spanish, and by doing so he sent a clear signal of his chosen tribal identity (and not just the accident of his birth). That may help him with his vote bank, but it will not help his city. Ultimately, it will distance his primarily Mexican-American audience from their neighbors, including other immigrants. Is that what the mayor and his friends want? Perhaps.

The left’s great failing is that it envisions America as a collection of alienated subgroups who would, if only they could kvetch in perfect harmony about their problems with this country, achieve justice and world peace. This sub-grouping urge is a kind of tyranny. Perhaps it made sense in less tolerant times to talk of “people of color”–the way demagogues did and do–as shorthand for nonwhite. But what an offensively blunt formulation it is now. As if any identity could lie in a notion that seeks to cohere blacks, Native Americans, and Hispanics. And consider the term “Hispanics”: It suggests that, for purposes of maximum political clout, Ecuadorans, Guatemalans, Mexicans, Dominicans–“latinos”–should unite under a flag of grievance, then reorient themselves again into subcultures but never define themselves as individuals or mere Americans.
Political exigency defines identity. Women, lesbians, gays and cross-dressers–“what’s the connection?” you might ask. Yet for a certain political way of life in the U.S., these four groups fall into a seamless commonality. Since identity politics are an alternative route to power in American life–exclusive to minorities and to whites who are liberal–such politics are an incentive not to embrace the broader American identity. “To think of oneself as an American and an individual is to lose power,” observed Shelby Steele, America’s foremost commentator on race, in an email exchange I had with him. “The mayor of L.A. is being obeisant to this alternative power.”

As I have said before, immigrants have the moral duty to integrate themselves into the societies they have immigrated to. Political stunts like Mr. Villaraigosa’s do nobody any favors.

At a time when the Democratic elites no longer have a vibrant ideology and the Republicans in Washington are deserting theirs, the public across the spectrum seems to be screaming for recognizable signposts, shared political principles

Has the New York Times Violated the Espionage Act?

In pursuing its reflexive hostility toward the Bush administration, the Times, like the Chicago Tribune before it, has become an unceasing opponent of secrecy laws, editorializing against them consistently and publishing government secrets at its own discretion. So far, there has been only a single exception to this pattern. It merits a digression, both because it is revealing of the Times’s priorities and because it illustrates how slender is the legal limb onto which the newspaper has climbed.

Read it all. More at Stop the ACLU.

Now that the confirmation of Judge Samuel Alito has given the Supreme Court another conservative voice, forces are gearing up for what could be the battle of all battles – over the next appointment to the high court.

Because nothing resurrects a defunct film career like starring in a Turkish propaganda movie: Turkish movie depicts Americans as savages
Billy Zane, Gary Busey star in Turkey’s most-expensive film ever.

And you thought NJ traffic was bad: Karate Experts Reportedly Hired to Protect Vehicles from Marauding Parrots in New Zealand. Where is Monty Python when you need it?

Cindy Sheehan: I’ll sue over my arrest. Fox Judge Napolitano: ‘Silently wearing a T-shirt is not against the law’, but showing up in gym clothes anywhere other than the gym ought to be.

And what Maria’s cat probably does while she’s away from home: 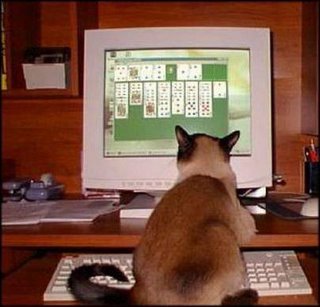