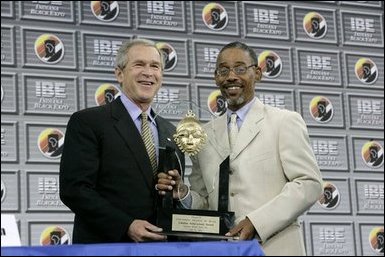 * The Bush Administration has increased spending on elementary and secondary education by 41 percent.

* Minority students are also making progress at a faster rate, so the achievement gap is narrowing. According to NAEP, African-American and Hispanic fourth graders set records in both reading and math scores. Eighth grade Hispanic and African-American students achieved the highest math scores ever. (January 2006)

* African-American Business Ownership Is At An All Time High.

Read the rest and check out the links.