THE FORMER IRAQI REGIME OF Saddam Hussein trained thousands of radical Islamic terrorists from the region at camps in Iraq over the four years immediately preceding the U.S. invasion, according to documents and photographs recovered by the U.S. military in postwar Iraq. The existence and character of these documents has been confirmed to THE WEEKLY STANDARD by eleven U.S. government officials.

The secret training took place primarily at three camps–in Samarra, Ramadi, and Salman Pak–and was directed by elite Iraqi military units. Interviews by U.S. government interrogators with Iraqi regime officials and military leaders corroborate the documentary evidence. Many of the fighters were drawn from terrorist groups in northern Africa with close ties to al Qaeda, chief among them Algeria’s GSPC and the Sudanese Islamic Army. Some 2,000 terrorists were trained at these Iraqi camps each year from 1999 to 2002, putting the total number at or above 8,000. Intelligence officials believe that some of these terrorists returned to Iraq and are responsible for attacks against Americans and Iraqis. According to three officials with knowledge of the intelligence on Iraqi training camps, White House and National Security Council officials were briefed on these findings in May 2005; senior Defense Department officials subsequently received the same briefing.

The photographs and documents on Iraqi training camps come from a collection of some 2 million “exploitable items” captured in postwar Iraq and Afghanistan. They include handwritten notes, typed documents, audiotapes, videotapes, compact discs, floppy discs, and computer hard drives.

This essay is about how to make money by creating wealth and getting paid for it. There are plenty of other ways to get money, including chance, speculation, marriage, inheritance, theft, extortion, fraud, monopoly, graft, lobbying, counterfeiting, and prospecting. Most of the greatest fortunes have probably involved several of these.

The advantage of creating wealth, as a way to get rich, is not just that it’s more legitimate (many of the other methods are now illegal) but that it’s more straightforward. You just have to do something people want.

Money Is Not Wealth

If you want to create wealth, it will help to understand what it is. Wealth is not the same thing as money. [3] Wealth is as old as human history. Far older, in fact; ants have wealth. Money is a comparatively recent invention.

Wealth is the fundamental thing. Wealth is stuff we want: food, clothes, houses, cars, gadgets, travel to interesting places, and so on. You can have wealth without having money. If you had a magic machine that could on command make you a car or cook you dinner or do your laundry, or do anything else you wanted, you wouldn’t need money. Whereas if you were in the middle of Antarctica, where there is nothing to buy, it wouldn’t matter how much money you had.

You must read it all, and this, too, especially if you are a Republican: A last chance for the Republican leadership to clean house

For the Republican establishment, Mr. Abramoff’s plea is a final warning to clean house. In Mr. Bush’s case this means not just purging the White House of cronies (he has less sawy in Congress) but also vetoing spending bills. The number of “pork-barrel projects” – ones that get round normal budget rules – increased from 2,000 in 1998 to 14,000 last year. The political cost of inaction could be high.

While The Friends of Jack Abramoff are not all Republicans, the Republicans must act now (link via Maria).

Osama dead?
Osama: Quiet as a corpse: “The War on Terror won’t be won until Osama’s ideology is buried once and for all.” Regime Change in Iran says Osama Bin Laden died three weeks ago in Iran. I had a limmerick last year on the subject.

Abdullah Mohammad Sindi, A U.S.-based Saudi professor and former U.N. fellow says he agrees with Iranian President Mahmoud Ahmadinejad that the Holocaust is a “myth” and says America eventually will collapse like the Soviet Union.

Maria’s articles
SHARON’S LEGACY: ISRAEL’S ANSWER, . . . AND THE PALESTINIANS’? (both articles via Maria). Tim Hames asks, Where is the Arab Sharon?

For while the lessons of Mr Sharon’s life and contemporary Israeli history have been about change, the story of the wider region has been one of depressing continuity. Only Jordan under King Hussein and King Abdullah has had the imagination to break the mould, though the admirable Hashemite monarchy is constrained by extremely limited resources.

The rest have been unable to muster the moral and political strength to entertain the possibility of their equivalents of leaving Lebanon, discarding the Gaza Strip or of a partial retreat from the West Bank. There is instead a political culture in which ruling elites officially blame the existence of Israel for their national woes and oppositions damn both Israel and the ruling elites for their own difficulties. This is, in effect, the division between Fatah and Hamas that the parliamentary elections in the Palestinian Authority is brutally exposing.

In lighter news,
Folks in Toronto are wondering Is it safe to eat salmon?. I h ope so. Just last Friday we enjoyed a delicious salmon Florentine from McCaffrey’s fish department.

Marine geophysicist Bob Carter, a professor at Queensland’s James Cook University and leading climate change sceptic, said the effects of human activity would barely register in the long-term history of climate change.
He told The Weekend Australian that ice cores from Antarctica “tell us clearly that in the context of the meteorological records of 100 years, it is not unusual to have a period of warming like the one we are in at the moment”.

Thank you Bob Carter! I wouldn’t bring up the subject of global warming to the Japanese, either. 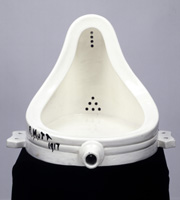 And Carnival #34
at Digital Breakfast