Today’s articles from Maria
Today Maria sent three articles from Town Hall.com:
Marvin Olasky looks at the Racist liberal media, a subject I had posted on last September.
Larry Elder finds out that “what we’ve got here is… failure to communicate” after his attempts to dialogue with someone applying a multiplier.
Todd Manzi ponders the consequences of Associated Press Deficit Disorder, and asks Is the U.S. Casualty Rate Higher Because of the AP?

In total, a false impression, a much more negative impression, of American support for the war was conveyed to our enemy. The truth, which could not be ignored, is reflected in President Bush’s powerful speech on November 30th. What did the AP think of the speech? “[The] speech did not break new ground or present a new strategy.” What did the American people think of the speech? The Rasmussen Poll taken November 30th and December 1st indicates 48% of Americans now believe the U.S. is winning the war. The best explanation for the nine-point bounce from the October poll is clearly that the speech provided new information to a large portion of the population.

The WaPo is now saying that Democrats Fear Backlash at Polls for Antiwar Remarks, as well they should.

John Podhoretz, a classy guy, if there ever is one, renders tribute to John Lennon and manages to avoid all the “Imagine” tripe we hear so much on this day.

And on a lighter note, 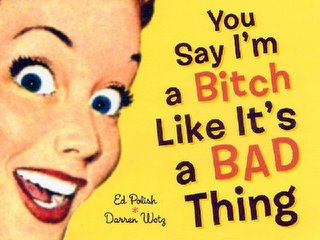 Maria knows me well, for sure!